Two months of protests across Lebanon have recently taken a personal turn in Tripoli, the country’s second-largest city, where a focus on local political elites has led to a violent pushback.

Lawmaker Faisal Karami’s bodyguards, armed with sticks and stun guns, descended upon a group of demonstrators who had gathered on 9 December to chant slogans against the politician in front of his residence in Tripoli, which is Lebanon’s poorest city.

The protesters had been throwing bags of trash in front of Karami’s apartment building as part of a march targeting several of Tripoli’s political elite.

They said Karami’s guards attacked only after the protesters had started retreating from the building.

“One with a [stun gun] and two with their hands and feet, and [another one] hit me with a stick on my face and all over my body.”

Derbas said that one female protester received a shock from a stun gun to her face, and several others suffered minor wounds across their bodies before security forces intervened to separate the two groups and fired tear gas.

A day later, a crowd of protesters stormed Tripoli’s municipality building after two people were killed in a building collapse in the neighbouring el-Mina municipality, which many blamed on negligence by city officials.

Calls have also mounted for the el-Mina’s mayor, Abdel Qader Alameddine, to resign.

Crooked, thief: A local affair
While protests in Beirut have been largely focused on national politics, protests in Tripoli – nicknamed “the bride of the revolution” in the two-month long nationwide protests – have been increasingly turning local, due to the city’s rampant unemployment, high-level corruption, and crumbling infrastructure.

The city’s protesters have recently stepped up their efforts to bring their fight directly to the doorsteps of local politicians and political elites, giving many young people in the streets a sense of ownership over their city for the first time in their lives despite of the violent efforts to stop them.

Last week was not the first instance of violence in Tripoli.

A Tripoli city council member alleged to the MEE that these incidents had been perpetrated by agitators seeking to inflame tensions in the city, and claimed that they had also exacerbated violence on 9 December.

Despite these attacks and the violence that has marred more recent demonstrations, the public’s frustration with the city’s traditional leaders does not seem to be letting up. 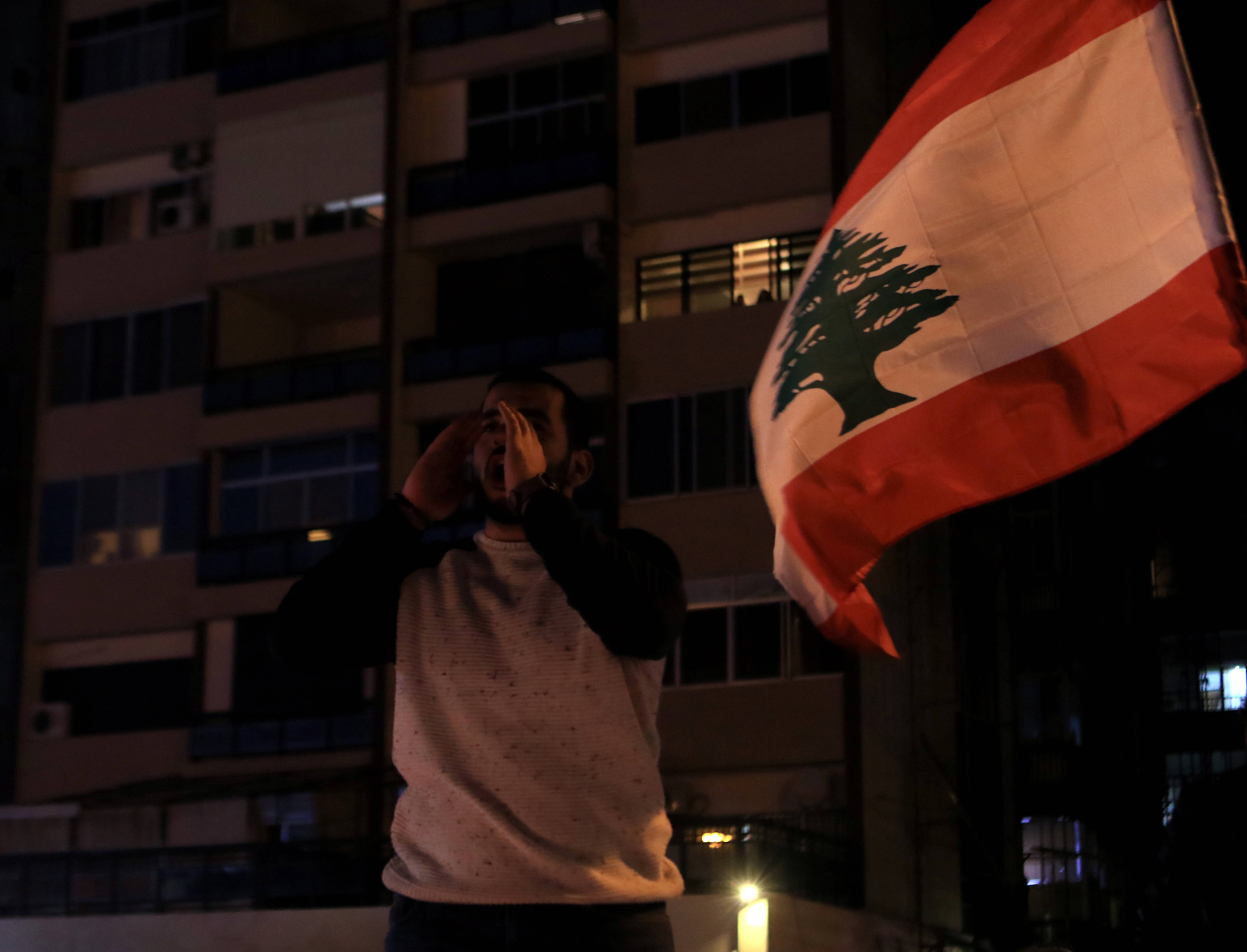 On 11 December, protesters took part in a “march of cars” throughout Tripoli’s streets, during which they continued to direct their anger and criticism toward many of the city’s leading figures by name.

“Crooked, thief, get out of here Karami,” they shouted.

“It’s the first time in my history: I was standing there and I had the guts to say ‘Karami is a thief,” Mira told MEE about her participation in Tripoli’s protests.

“It was kind of a therapeutic thing for all of us.”

Tripoli’s political royalties
Tripoli has long been home to some of the most prominent Sunni political dynasties in Lebanon. Members of the Kabbara family have held positions at the national level since the end of the Lebanese Civil War, while the Karamis have been one of the most powerful families in the country since before Lebanon’s independence.

The city has also been a traditional bastion of the recently resigned prime minister Saad Hariri’s Future Movement party for years.

“There are a lot of rich political figures from Tripoli, and at the same time it’s a very, very poor city,” Hanin Ghaddar, a Lebanon-focused researcher at the Washington Institute for Near East Policy, told MEE.

“The core of [Tripoli’s protests] is definitely local because things happened in Tripoli the way they happened because of the internal, very local part.”

In a country where vote buying has been reported in past elections, people in the city have accused Tripoli’s politicians of corruption at the ballot box.

With more than half the population living at or under the poverty rate, Tripoli’s residents have long counted on patronage networks, like Mikati’s, to stay afloat.

“This I know from people I’ve spoken to especially living in poor areas of Tripoli. They literally just vote because they get paid,” Manal Moukaddem, a student who was assaulted at the protest in front of Karami’s residence, told MEE.

The people: awake and aware
But according to demonstrators at Tripoli’s Nour Square, times are changing.

Last month, for the first time, posters and images of various political figures in Tripoli were removed in many parts of the city as a symbolic gesture against their power, and support for Hariri’s Future Movement has palpably fallen in the past few years.

Amid an increasingly dire economic situation in Lebanon that is making a bad situation in Tripoli even worse, Tripolitans told MEE that they blamed the city’s parliamentarians for issues ranging from a lack of access to affordable medical care to an inability to provide financially for their families.

One woman told MEE that her father died at the doors of a local hospital owned by Karami because he lacked $130 to pay for his treatment.

According to Human Rights Watch, a lack of funds for public and private hospitals from the Lebanese government is endangering access to medical care across the country.

Another demonstrator in el-Mina said he sees no distinction between politicians like Karami, Jisr, and Kabbara and lower level officials – such as el-Mina’s mayor — are just as corrupt. 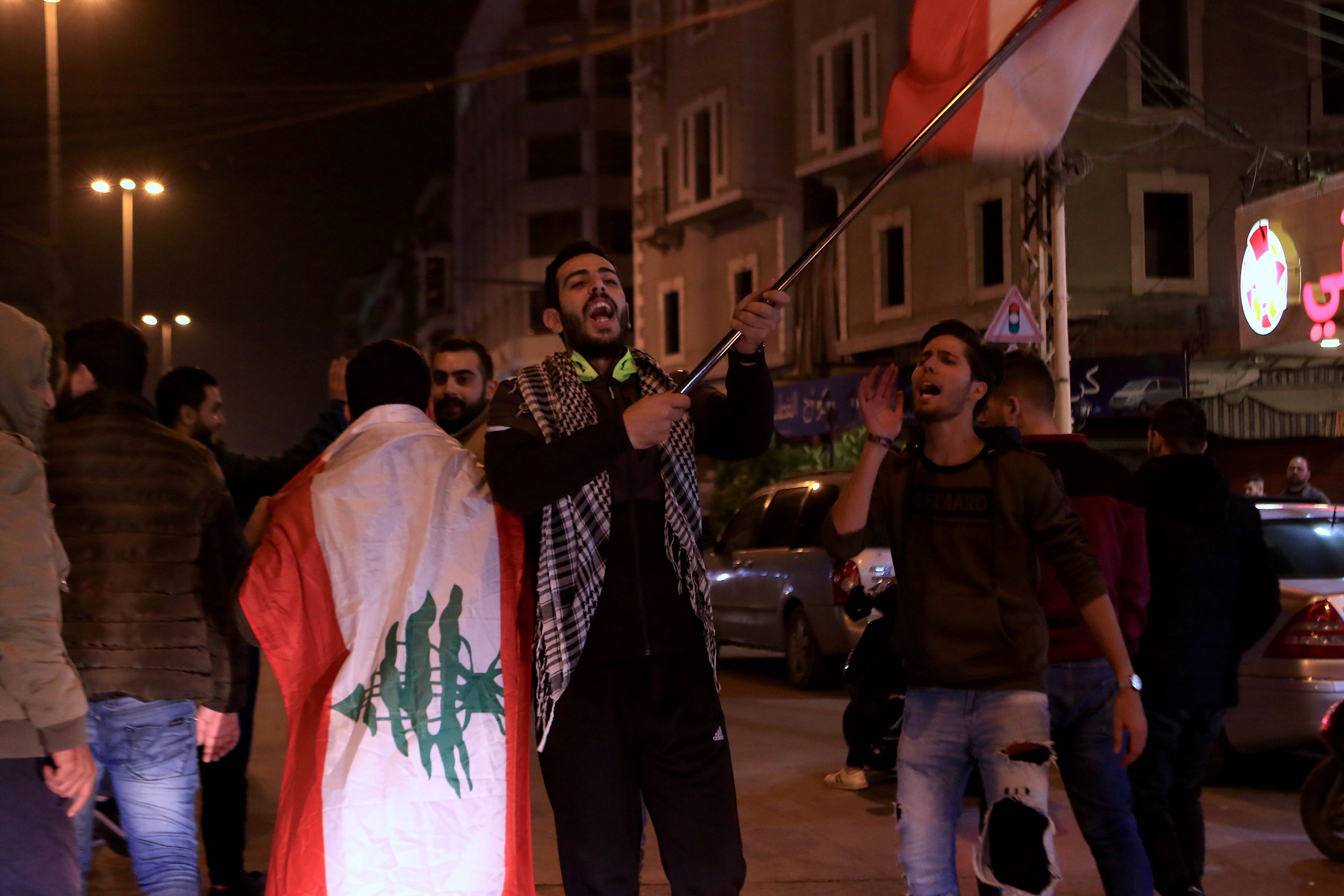 ‘No one is exempt’
One of the targets of protest chants in the past week, General Rifi, told Middle East Eye in his high-rise office in Beirut that he was not part of the corrupt class that protesters were agitating against.

Rifi, a relative newcomer to politics who has spent much of his political life opposing both Hariri and Hezbollah politically, stated that efforts to use charges of corruption against him by his opponents had failed in the past.

“No doubt, maybe people consider me to be among these politicians,” Rifi said, pointing instead to his career in the ISF.

“Thank God, I do not have a corrupt government file at the end. I don’t have any business dealings. I consider that in my security role and in my political role I have been transparent in all things.”

Rifi, however, has been accused of ties to Gulf Arab countries in the past, charges which he has denied.

“Rifi, maybe he’s not financially corrupt, but all of them means all of them,” Moukaddem said, using a sentence that has been chanted across Lebanon since protests broke out on 17 October.

“They drove us to this conclusion. Rifi maybe wants to prove that he’s clean, fine, we’ll get to that, but right now no one is exempt.”

Moukaddem said she was unsure if the protests against Tripoli’s elites would create the radical change they desire. Nevertheless, she believes that the demonstrations have made them nervous, and have given her and other protesters a sense of belonging to a place.

“You get to reclaim the city in a way you’ve never even considered,” Moukaddem said. “I feel it’s my city.”