Shock and sadness overcomes migrants held across Libya after air raid hits detention centre and kills dozens of refugees and migrants in Tripoli.

After air raids on a detention centre near Libya’s Tripoli killed dozens of refugees and migrants on Tuesday night, word of the attack quickly spread among migrants held across the country.

Survivors of the raid on the facility in Tajoura recounted the horrors of the attack via WhatsApp messages to Al Jazeera, describing how aid and medical workers trawled through the rubble, as the detainees sat outside of the bombed-out hangar where they were held.

The death toll of the attack was expected to rise, the migrants said, as more body parts were being discovered among debris and the belongings of the structure’s former inhabitants.

Survivors told Al Jazeera that a projectile first hit a small store on the grounds near where they were being held, before a second attack, minutes later, made a direct hit on one of the halls migrants stayed in.

“The first shot turned the place [into a] big mess, people started escaping,” said a Sudanese man via Twitter messages. “Police opened fire in the air beside the cell. Ten minutes later the second hit.”

The United Nations said on Thursday it had information that Libyan guards shot at refugees and migrants who tried to flee from the air raids which killed 53 people, including six children.

A report from the UN Office for Coordination of Humanitarian Affairs (OCHA) said there were two air strikes late on Tuesday, one hitting an unoccupied garage and one hitting a hangar containing around 120 refugees and migrants.

“There are reports that following the first impact, some refugees and migrants were fired upon by guards as they tried to escape,” the OCHA report said.

More than 600 men, women and children were being held in Tajoura detention centre, sources told Al Jazeera. It is not clear what happened to those who survived the attack.

The total number of migrants and refugees held in detention centres across Libya is about 6,000, according to the Libyan Department for Combatting Illegal Migration (DCIM).

At least 3,000 of them are being held in or near the capital, Tripoli, which has been under siege by renegade military commander Khalifa Haftar’s self-styled Libyan National Army (LNA) since April. 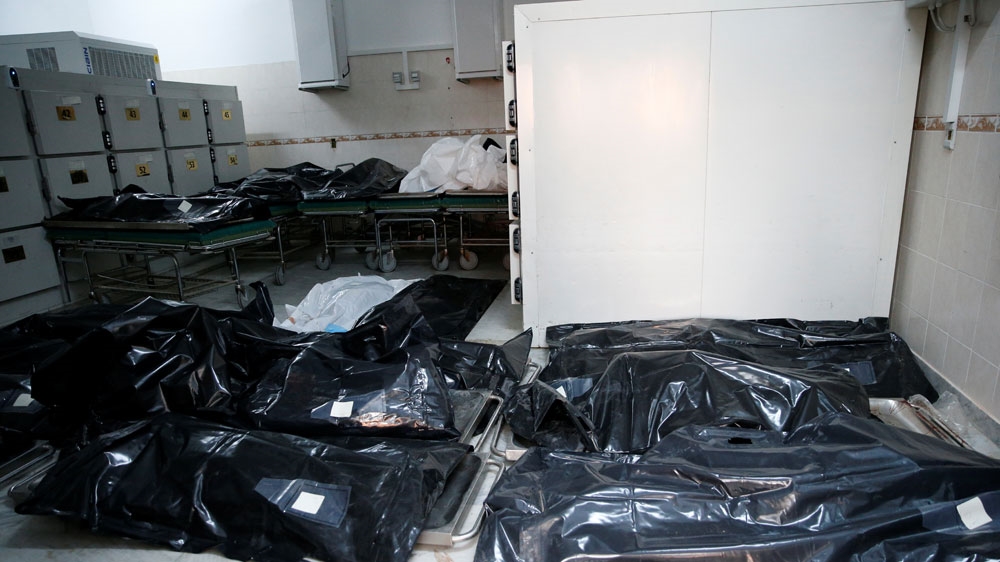 Word of the air raids spread quickly around other centres, with refugees and migrants mourning the dead and worrying about their own safety.

In Abu Salim detention centre in south Tripoli, refugees and migrants said they regularly hear the sound of fighting nearby.

“Last night we heard the sound of heavy weapons,” an Eritrean in his 30s told Al Jazeera through WhatsApp. “We are afraid of what may happen next as we heard about Tajoura. Everyone is suffering and stressed.”

“Sometimes there are aircraft flying overhead at the night, such as last week, we were near when there was bombing,” he said.

The three-month-old conflict between the Tripoli-based Government of National Accord (GNA) and the Benghazi-based LNA has also affected the conditions they are living in.

“There is more suffocation in the hangar, which is crowded by too many people. Especially for the sick, it is so dangerous,” said the Eritrean man.

Hundreds there have been left without electricity, food and clean water, he said. “Still, no one takes responsibility to bring food,” he added.

In al-Nasr detention centre in Zawiya, 50km west of Tripoli, detainees said they felt shocked and sad when they heard about Tajoura.

Among them were survivors of the Qasr bin Ghashir detention centre attack in April, which saw fighters aligned with Haftar’s LNA open fire on defenceless migrants and refugees inside, killing several.

“I cannot describe [the feeling]. They could have avoided this if they had evacuated them at the first air strike,” said a Darfuri in Zawiya via WhatsApp, referring to a May 7 attack on Tajoura detention centre in which one person was injured.

A Somali detainee who recently escaped Tajoura said the air raids were a “shame of UNHCR”, arguing the United Nations refugee agency is not adequately protecting refugees who are in detention, or evacuating them fast enough to other safe countries.

“And the EU pays the funds for the Libyan coastguard in order to return them back to Libya and detain the innocent people for two years without charge,” the Somali said, referring to the EU providing equipment and training to the coastguard, who intercept boats on the Mediterranean Sea. 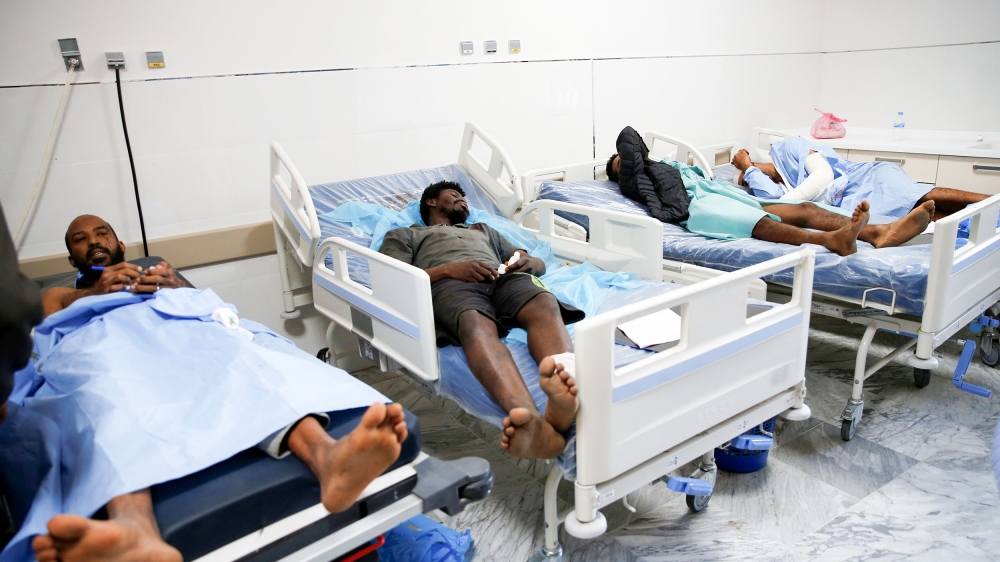 The UNHCR plans to evacuate 2,500 people out of Libya this year. The agency says not enough countries are stepping up to offer resettlement places.

Back in Tajoura, survivors on Wednesday night said they had lost all hope.

“I hate this life, really, I wish I’d die soon,” said one Sudanese man who had lost a friend in the air raids. “We are just tired of living in this world.”

“He always told me, believe in your dreams, we want a better future for our kids. We need to go to Europe to build families and live with happiness,” the man told Al Jazeera through Twitter messages.

“We escaped from our country looking for peace, now I know he rests in peace.”