At least 22 civilians have been killed in Syria’s northwest region as Russian-backed government forces continued air raids and shelling in the last rebel-held territory in the war-torn country, according to volunteer medics.

At least 16 people were killed and scores wounded when a ground-to-ground missile struck a camp for displaced people in the village of Qah on Wednesday, said Ahmed Yarji, a spokesman for Syrian Civil Defence, also known as the White Helmets.

Among those who lost their lives were 10 children and three women, Yarji told Al Jazeera.

The missile was loaded with “cluster bombs”, the White Helmets, a group of rescue workers operating in rebel-held territories, said on Twitter.

The Syrian American Medical Society (SAMS) said in a statement that the two missiles exploded 25 metres away from its maternity hospital, injuring four of its staff members.

The hospital “sustained considerable material damage, causing the medical staff to evacuate patients to nearby facilities”, the statement added.

The attack on the Qah maternity hospital marks the 65th attack on 47 health facilities in northwest Syria since the end of April 2019. 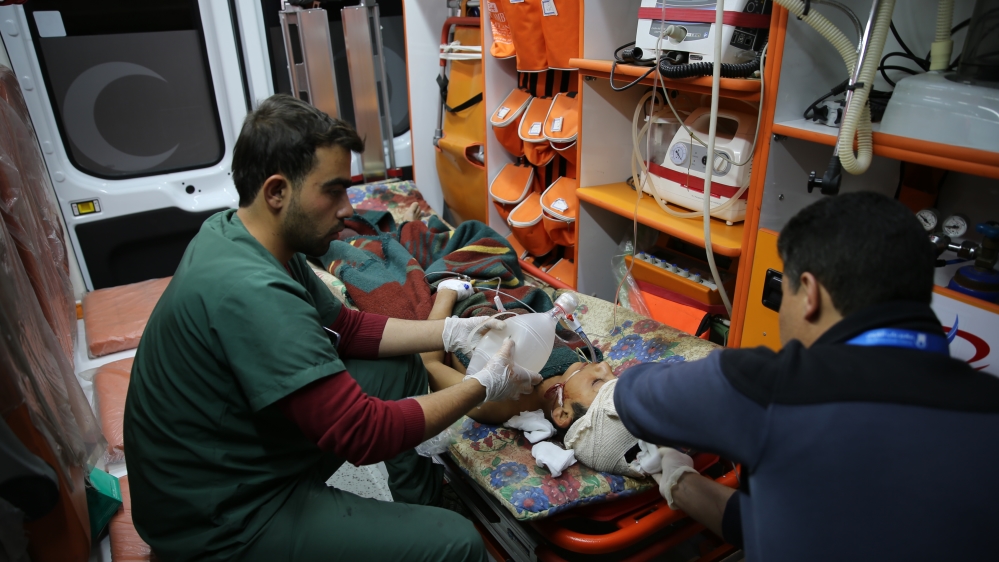 Russia has long been accused of carrying out attacks against hospitals and medical facilities throughout its involvement in Syria’s war.

Last month, the New York Times published a report looking into Russian air raids on Idlib over a 12-hour period, which found that the Russian air force repeatedly bombed hospitals in an effort to crush the last opposition-held stronghold.

Earlier this year, UN officials alleged Russian forces may be deliberately targeting hospitals and schools as a tactic to “terrorise” civilians – accusations denied by both Syria and Russia.

The UN early in August established a board of inquiry to investigate the bombing of United Nations-supported medical facilities in the northwest of the country.

Fragile truce
The attack came just hours after the town of Maaret al-Numan, also in northwestern Syria, was hit by an air raid, which killed at least six people, including four children, and wounded others, according to Ahmed Sheikho, a White Helmets volunteer in the area.

The rebel-held province has endured a Russian-backed bombing campaign that aims to recapture the last remaining opposition stronghold in Syria.

Russia, which supports Syrian President Bashar al-Assad, and Turkey, a longtime a backer of opposition factions, had cosponsored a de-escalation agreement for the area earlier this year that has since faltered. 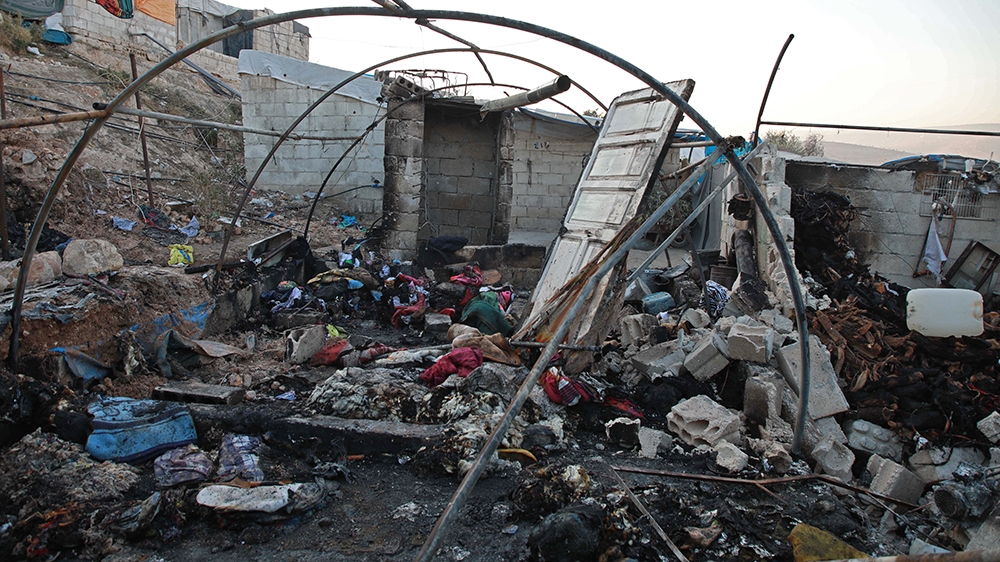 The four-month-long offensive launched earlier this year has killed more than 1,000 civilians, according to the UN.

Hundreds of thousands of Syrians have been displaced by violence in the Idlib region since the end of April.

Half the population in northwest Syria has been uprooted at least once with some being displaced up to seven times over the eight-year-long conflict, according to Save the Children.

In August, after being surrounded by government troops, opposition fighters withdrew from Khan Sheikhoun, a key town that had been in rebel hands since 2014.

Khan Sheikhoun lies on the strategic M5 highway that connects Damascus with the northern city of Aleppo. The Syrian government has been fighting to regain the highway, a move that would allow it to connect cities under its control and boost trade.

Many of those who resided in and around Khan Sheikhoun have taken shelter near the Turkey-Syria border, fleeing bombardment.

A ceasefire announced by Moscow on August 31 has reduced air raids, but skirmishes on the ground persist.

The region is home to nearly three million people, half of whom were transferred there en masse from other areas that were taken by pro-government forces.

The war in Syria has killed hundreds of thousands of people and displaced millions since erupting in 2011 with the repression of anti-government protests. 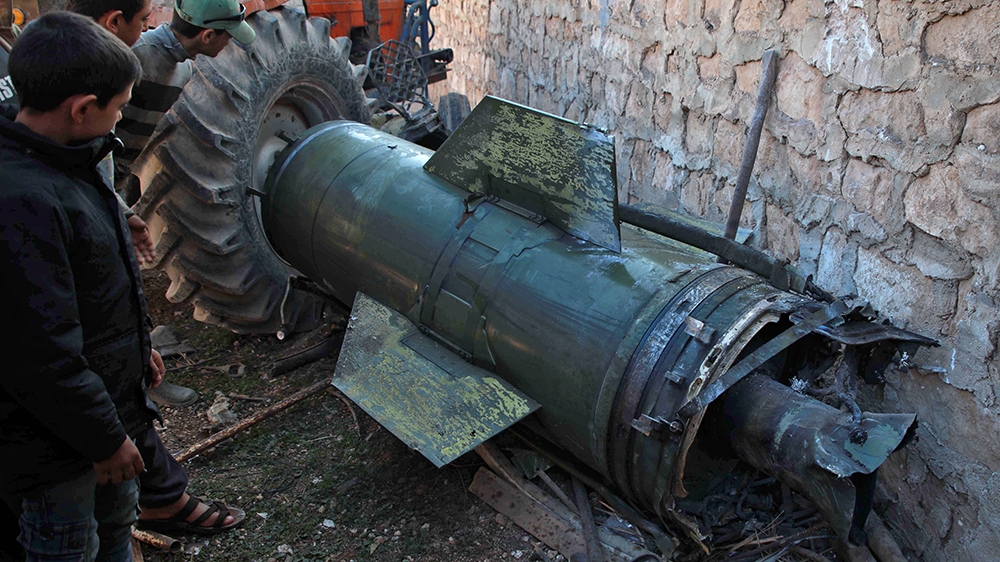 People look at a fragment of a missile that hit a makeshift camp in the village of Qah, near the Turkish border [Aaref Watad/AFP]