Turkey’s President Recep Tayyip Erdogan on Wednesday threatened to launch an operation in Syria’s Idlib region by the end of the month if Damascus fails to withdraw behind Turkish military positions.

“An operation in Idlib is imminent,” Erdogan told his party’s lawmakers in parliament. “We are counting down, we are making our final warnings”.

Russia – the Syrian government’s main ally in the nine-year war – responded by saying any Turkish offensive against Syrian forces in Idlib would be a “worst case scenario”.

‘No matter the cost’
Erdogan said talks with Russia on the Idlib region were far from meeting Turkey’s demands, and warned a military operation was just a “matter of time”.

He said Turkey was determined to make Idlib a secure zone “no matter the cost”, even as talks continue with Russia, which backs Syrian President Bashar al-Assad’s forces with air power and troops on the ground.

About 900,000 people have been forced from their homes and shelters in less than three months.

Erdogan’s announcement comes a day after dire warnings by United Nations officials who warned of a humanitarian disaster in northwest Syria.

Nearly 300 civilians have been killed in attacks this year in the region, with 93 percent of the deaths caused by Syrian and Russian forces, according to the UN’s human rights chief.

President al-Assad pledged this week to continue the onslaught on the country’s last major rebel stronghold, saying the war was not yet over but a “complete victory” was in sight.

In September 2018, Turkey and Russia agreed to turn Idlib province into a de-escalation zone with acts of aggression prohibited. Since then, however, more than 1,800 civilians have been killed in attacks by Syrian and Russian forces.

Calls for restraint
Syrian aid workers issued an urgent call on Wednesday for a ceasefire and international help for nearly a million people fleeing the onslaught.

At a press conference in Istanbul, the Syrian NGO Alliance said existing camps are overcrowded and civilians forced to sleep in the open amid a bitter winter cold.

“We are facing one of the worst protection crises and are dealing with a mass movement of IDPs [internally displaced persons] who have nowhere to go,” the Syrian NGO Alliance said in a statement.

They are “escaping in search of safety only to die from extreme weather conditions and lack of available resources”, it added.

“The situation in the northwest is untenable, even by Syria’s grim standards,” said Henrietta Fore, UNICEF’s executive director.

“Children and families are caught between the violence, the biting cold, the lack of food and the desperate living conditions… It is time for the guns to go silent and for the violence to stop once and for all.” 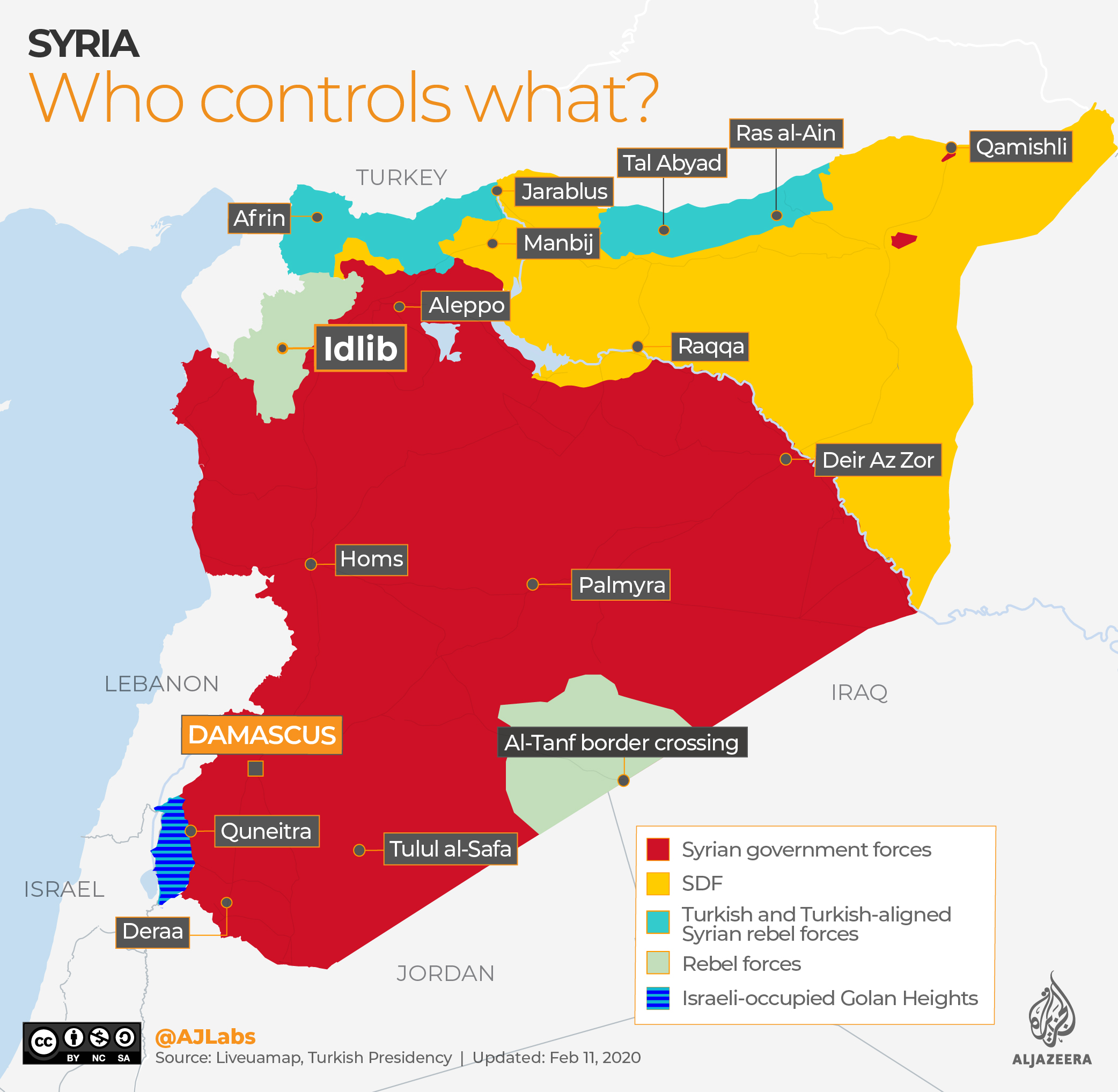