You thought Christmas was over? For Coptic Christians it's just started

Christmas for much of the Middle East's Christian population falls on the 7th January, but it's not just the date that's different.

For many Coptic Christians in the Middle East, Christmas falls at around the same time as decorations in the West are being packed away.

On 7 January, many Orthodox Copts and other Orthodox Christians (including those in Russia and Ethiopia) celebrate their Christmas Day.

The difference in date lies simply in the calendar being used. Many Orthodox Christians follow the Julian calendar, which predates the Gregorian one introduced by Pope Gregory in 1582. The calendars are 13 days apart, pushing celebrations for much of the Arab region’s Christians into the second week of January.

Coptic Christians form the largest Christian community in the Middle East, most of them in Egypt where roughly 10 percent of the 95 million population are Copts, although estimates vary.

Unlike Coptic Catholics, who celebrate on the 25th December, Orthodox Copts in Egypt and abroad, including Lebanon, Jordan, the UK and the US, follow the Coptic calendar, which corresponds almost exactly to the Julian one.

But it’s not just the date…the Orthodox Coptic Christmas is markedly different in style to the one celebrated by other Christian denominations, involving a unique set of traditions. 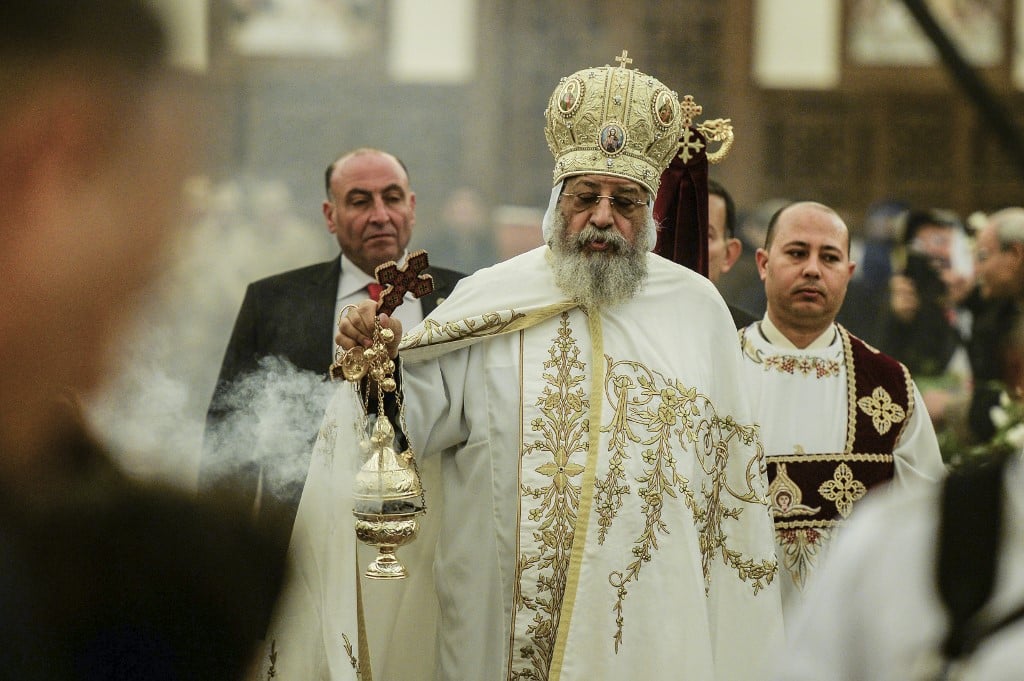 Pope Tawadros II of Alexandria leads mass at the Cathedral of the Nativity of Christ in Egypt’s administrative capital on the 6th January, 2019 (AFP)

The run-up to Coptic Christmas
The Coptic month before Christmas is called Kiahk, the fourth month in the Coptic calendar. During Kiahk, special hymns are sung and worshippers will take part in Midnight Praises (Tasbeha) and the Divine Liturgy.

And in the 43 days before Christmas – from 25 November until 6 January – devout Copts will fast from all foods derived from animals. This Holy Nativity Fast is a way to show devotion and self-control.

“Fasting is a spiritual path to self-control, elevating yourself above materialism and desires and it is also a time to concentrate on deepening your relationship with God,” says Mark Youssef, deacon at St Mary & Archangel Michael Coptic Orthodox Church Cathedral in Solihull, UK. 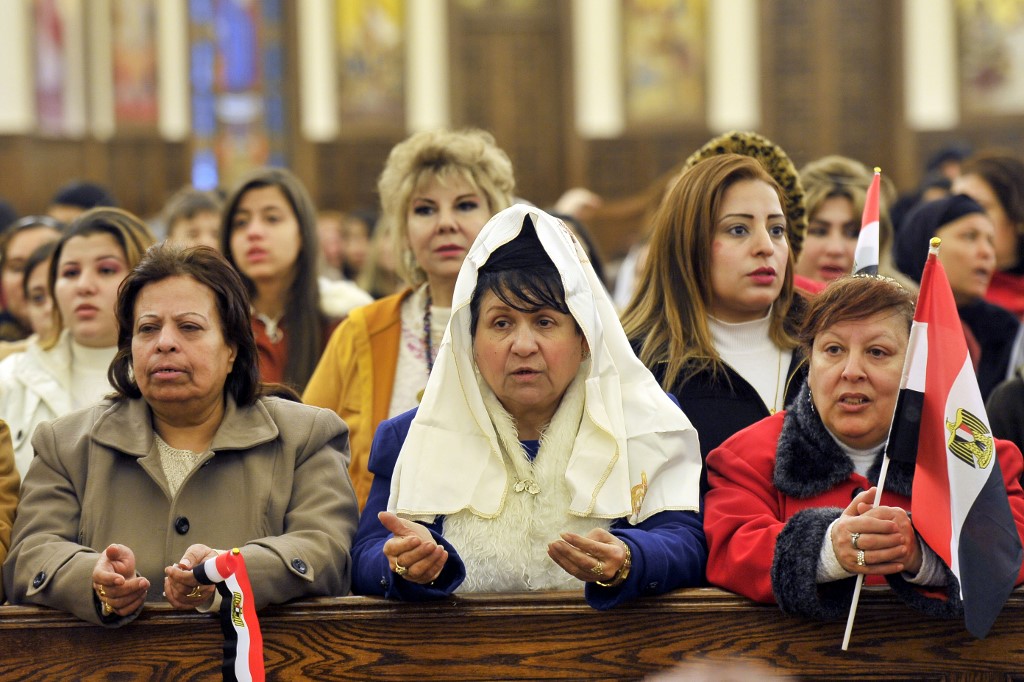 The length is based on the 40 days that Moses is said to have fasted before he received the 10 commandments from God. The fasting is extended for an additional three days to commemorate the Moving of the Mountain miracle, in which Jewish vizier Ibn Killis challenged Pope Abraham (AD 975–978) to prove his faith by moving Egypt’s Muqattam mountain – as per the New Testament verse: “If you have faith as a mustard seed, you will say to the mountain move from here to there, and it will move,” (Matt. 17:20 & Mark 11:23).

Then-Caliph al-Muizz Lideenillah (AD 953-972), Egypt’s fourth Fatimid Caliph, raised the stakes by threatening to execute Egypt’s Christians should the miracle fail. Abraham asked for a three-day reprieve while he and the Coptic community fasted and prayed for the miracle, which – according to Coptic tradition – eventually saved them when the mountain shook and lifted itself from the ground three times. 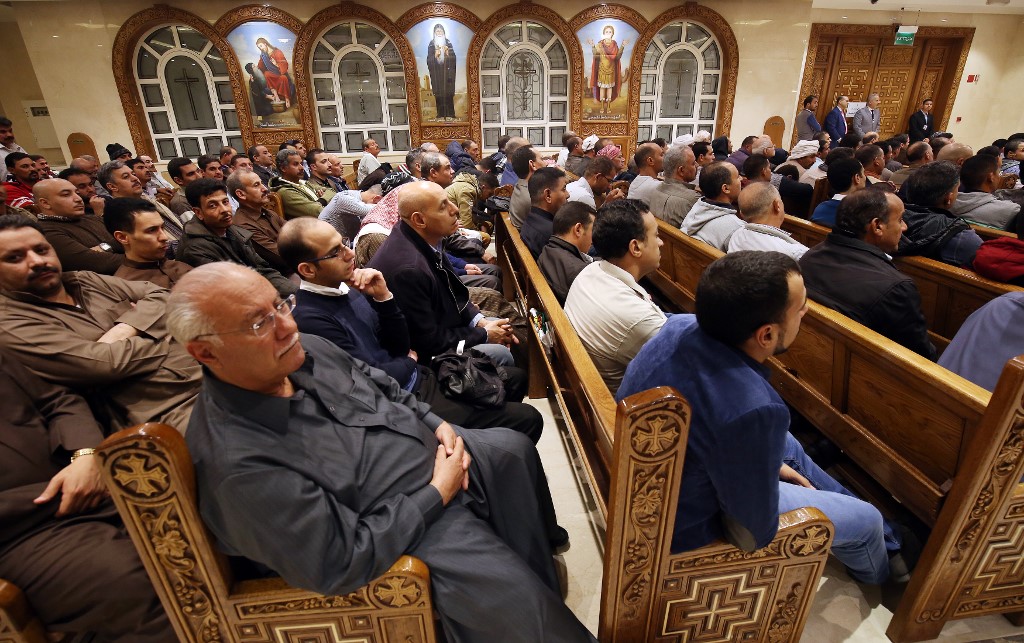 How is Coptic Christmas celebrated?
The night before Coptic Christmas day, a church service will take place that usually goes on until midnight. After the service, people share a specific type of bread called “qurban”, an offering. The bread is marked with 12 dots, symbolising the 12 apostles of Christ.

The priest will choose one of two qurbans to represent the offering, symbolising the body of Christ, which is distributed during the Communion towards the end of the service.

The other qurban will be distributed to the congregation after the service as a form of blessing. 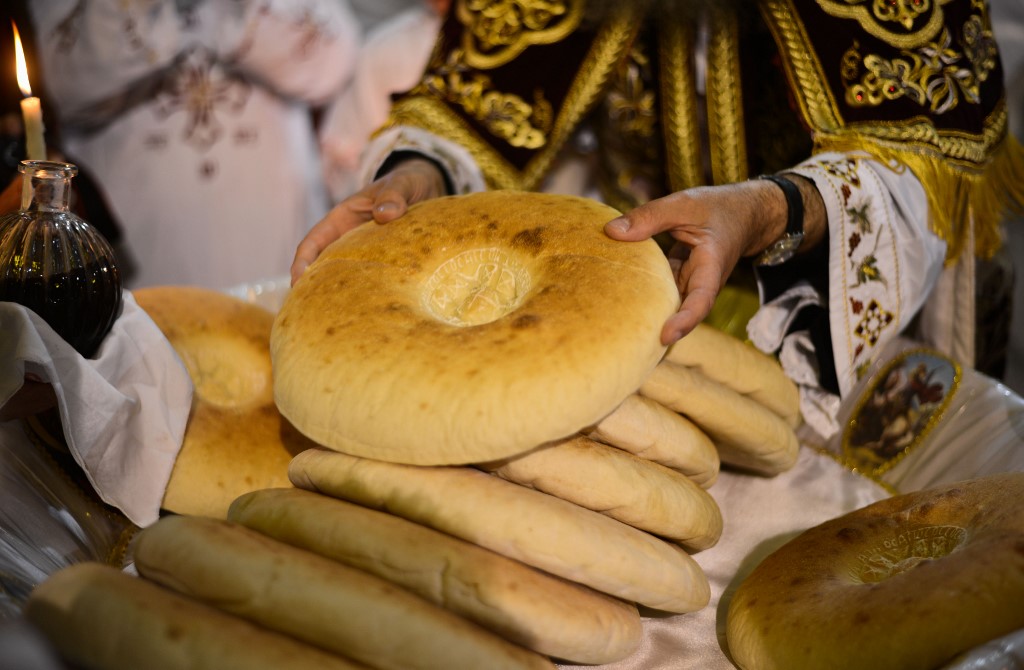 Pope Tawadros II, the current Pope of the Coptic Orthodox Church of Alexandria, Egypt, records an annual spiritual message related to the Feast of Nativity. This is broadcast on television and viewed in Coptic Orthodox churches around the world.

The fast is considered complete following the service and worshippers share a communal “agape” feast, a term originating from one of the Greek words for “love”.

It is time to celebrate with family and friends and to finally eat the food they have abstained from for over a month, with dishes centred around meat, eggs and dairy.

The main Coptic Christian traditions
Just like elsewhere around the world, people decorate their homes with lights, Christmas trees and decorations. Churches are lit with candles and lamps.

A popular meal served on Coptic Christmas Day in Egypt is fattah, a traditional Egyptian dish cooked with meat, rice and crispy bread, usually topped with a tangy tomato-garlic sauce.

Fattah is also popular amongst the region’s non-Christian population, used as a celebratory dish on the Muslim feast of Eid al-Adha. 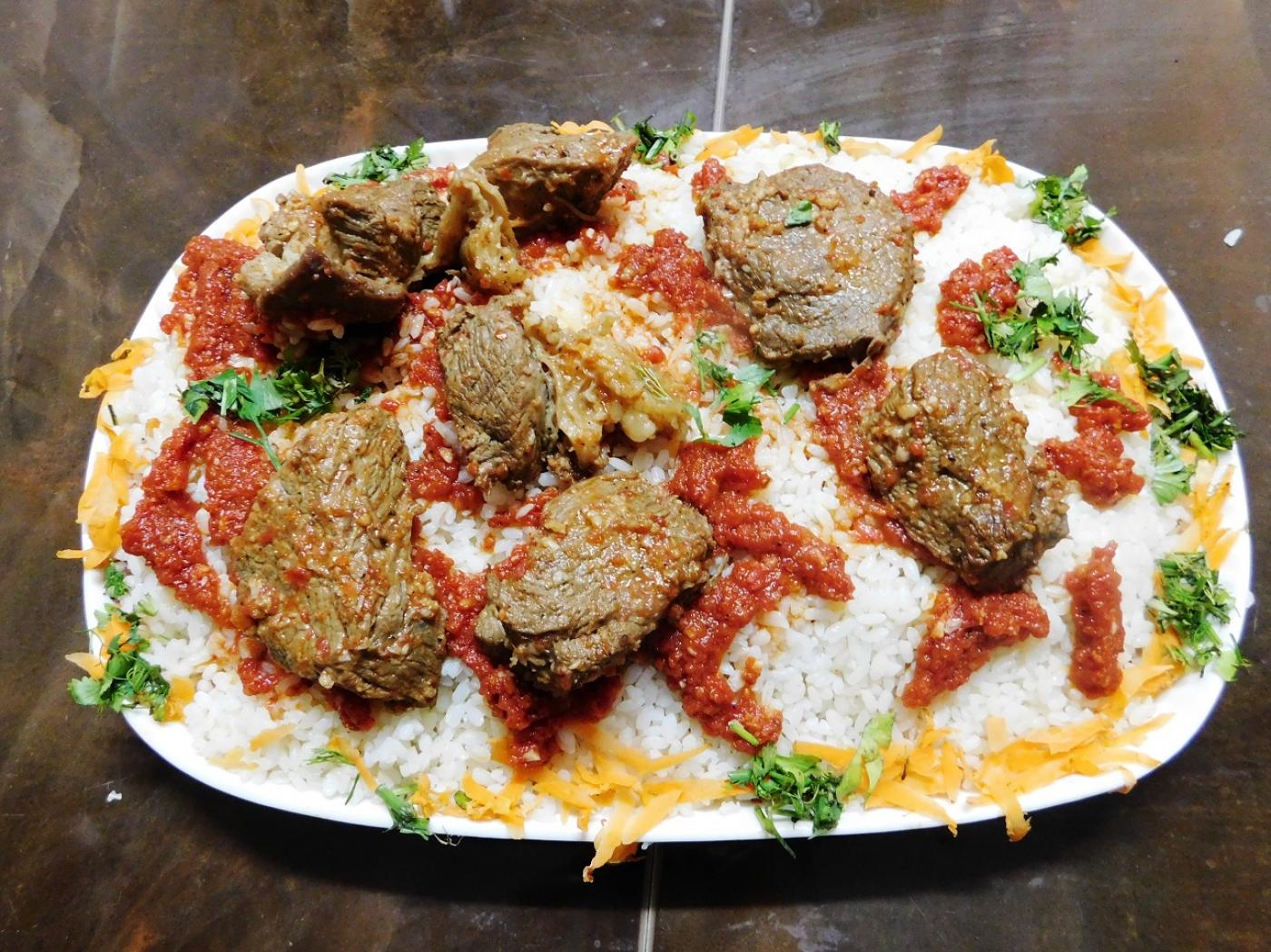 On Christmas day, families and friends will visit each other and exchange gifts. Also shared at Christmas are traditional Egyptian sweets like sugar-coated almonds and kahk, a butter-based biscuit dusted with powdered sugar and often stuffed with nuts or a date paste.

Christmas day is also an opportunity to distribute food to people in need. Typical types of food given out include a sweet treat called zalabya, a fried doughnut topped with a dusting of icing sugar, and bouri, or mullet fish. Just like in the Muslim festival of Eid, children will wear new clothes to celebrate the day and play out in the streets.

For members of the Coptic Christian church, Christmas is often a time for reflection and spirituality.

“It’s easy to forget about Christ amidst all the seasonal distractions,” Deacon Youssef says. “This period gives me the opportunity to refocus all my goals and efforts back to Christ, and ultimately to endeavour to unite myself with God in every step I take.”